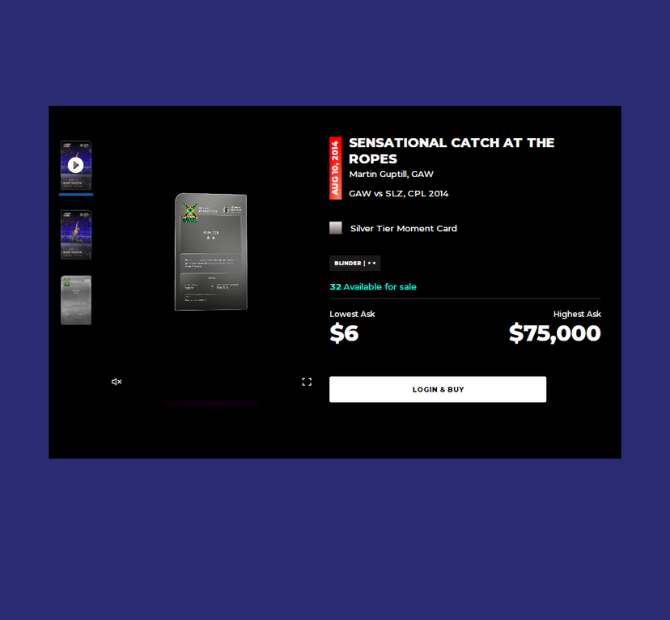 Dream11 in talks to invest in Rario cricket NFT platform

Dream Capital, the corporate venture capital arm of Dream Sports, is in advanced talks to lead a $100 million funding round in cricket-focused non-fungible token (NFT) startup Rario, reported the Economic Times. If the deal goes through, this would be one of the largest investments in the NFT sector in India and Dream Capital's first bet in the Web3 space.

Rario founded in 2021 by Sunny Bhanot and Ankit Wadhwa operates a cricket NFT marketplace. Investors in the earlier round include Presight Capital and Kingsway Capital. The platform has procured NFT rights to five international leagues and almost 600 international cricketers through its various partnerships. The rights allow Rario to create digital player cards like trump cards and could be potentially linked to games and applications. Rario is similar to SoftBank-backed Sorare, a fantasy gaming NFT platform primarily focused on soccer, where players buy, sell, trade, and manage a virtual team with digital player cards.

In 2021, the Indian NFT space saw a slew of cricket and Bollywood actors (Amitabh Bachchan, Salman Khan) mint NFTs in order to monetise their brand and fan base. Cricket-focussed NFTs are also being rolled out by Faze Technologies, which raised $17.4 million in November 2021, led by Tiger Global with participation from Coatue and Sequoia Capital India.

“The investment will allow Dream Sports to create utilities on the rights Rario has acquired,” a person was quoted by ET.

As per reports, Rario has attracted buyers based in 19 countries and sold 50,000 NFTs so far on its platform. “Dream Sports will be entering the Web3 and NFT space in a big way and is looking for talent with whom we can build the entire NFT sector in India together,” said Harsh Jain, cofounder and CEO, Dream11 & Dream Sports, at a virtual event - NFTIndia - on Thursday according to reports “We learnt that instant gratification, low time commitment and an opportunity for great sports engagement are important for sports fans worldwide,” he added.

US-based Dream Sports, the parent company of online fantasy gaming startup Dream11, set up the venture arm in August 2021 with a corpus of $250 million, in a bid to become a sports technology conglomerate. It has invested in 12 startups so far, including a $50 million investment in content and commerce platform FanCode which it had incubated. FanCode has obtained digital telecast rights of cricket matches in the West Indies and leagues like the Bangladesh Premier League.